The Original Fake Is Making A Comeback

Not to be confused with KAWS' OriginalFake brand, the "original fake" BAPE Bapesta is returning in new colorways this week. While BAPE isn't known as a knock-off brand, nor were they the first to rip off Nike's iconic Air Force 1 design, they were the first to do it and become one of the most recognizable brands in streetwear. BAPE was originally founded by NIGO in 1993, who you might know him from his more recently popular brand, HumanMade, or his countless collaborations with adidas and Pharrell through the years. By most accounts, the brand was one of the first to successfully bring the bold and colorful styles of Tokyo's Harajuku scene to the United States.

The Air Force 1 was originally designed by Bruce Kilgore for Nike in the early 1980s but in the year 2000, A Bathing Ape, aka BAPE, released the Bapesta for the first time. That timing turned out to be perfect because the Air Force 1 was on the verge of a big comeback (or maybe it made a comeback because of BAPE 👀), graffiti and street art were also on a massive upswing. NIGO's friend KAWS named his clothing brand OriginalFake as an homage to BAPE and he even opened a store with Medicom Toy under the same name in Tokyo in 2006.

One of the staple designs from BAPE is the ABC Camo, which was introduced in 1996, features the brand's iconic Ape Logo incorporated into the camouflage pattern. For this week's release, the ABC Camo is tastefully placed on the shooting star logo in green, blue, and red variations. The BAPE Bapesta "ABC Camo" retro releases on April 24th for $299 at BAPE locations worldwide. 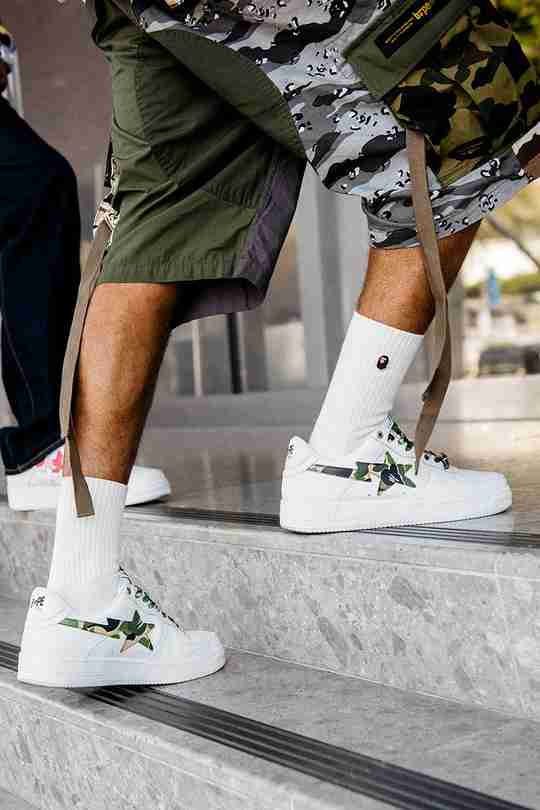 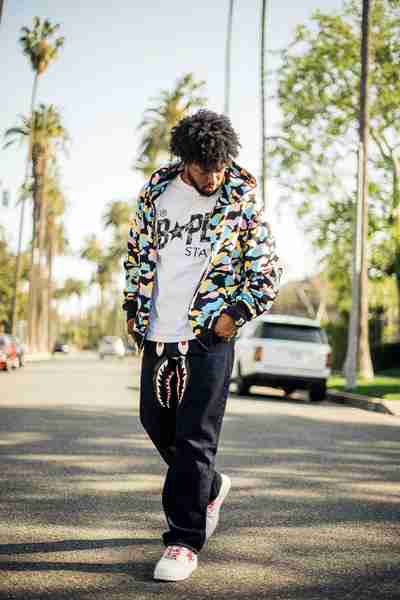 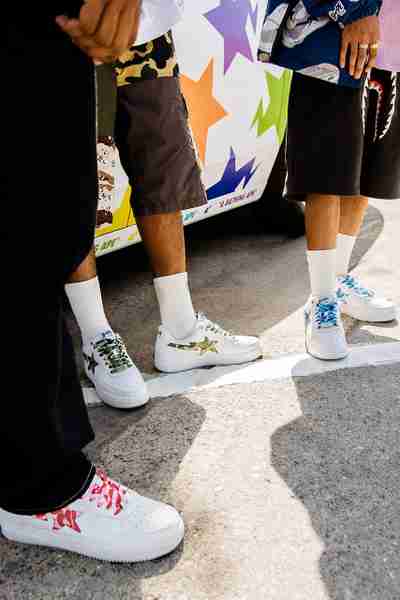 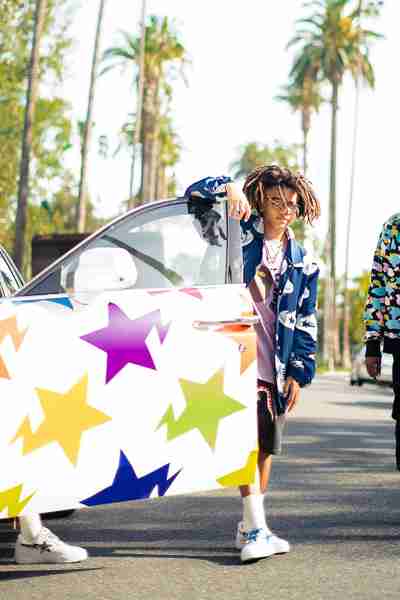 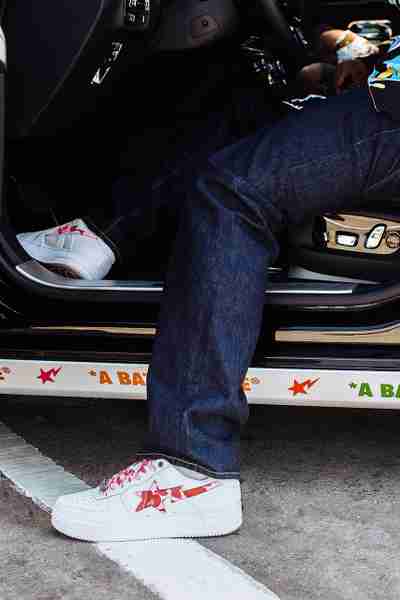 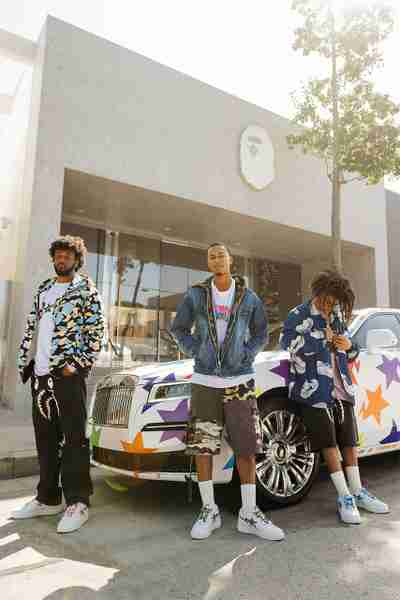 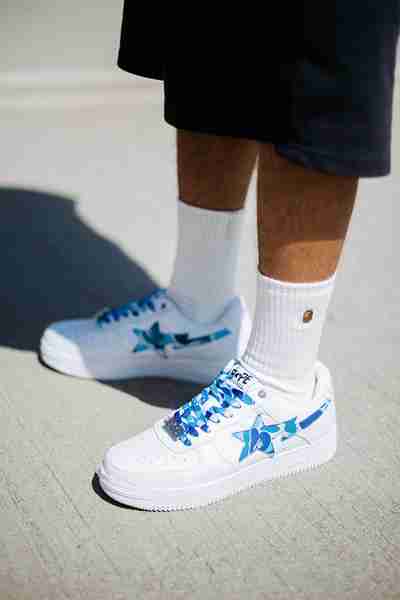