Michael Jordan's legacy might still be holding on to fans with nostalgia but Travis Scott's limitless energy is starting to write the next chapter for the future of Jordan Brand. With each of his previous collaborations with Jordan, the resale market has gone crazy for Travis Scott collabs. The "Olive" Air Jordan 6 still sells for well-over twice the original retail price and it's easily the most "affordable" Cactus Jack collab on the secondary market. Not to mention, we've already seen his next release for later this year. 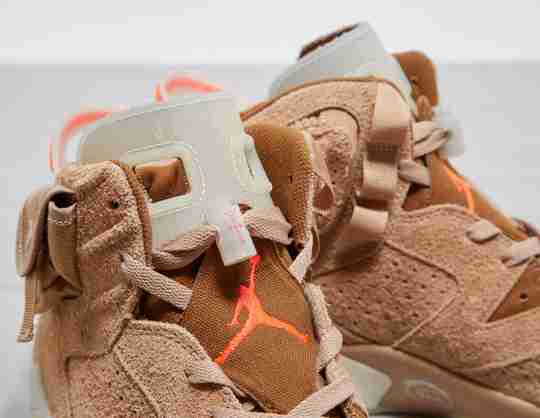 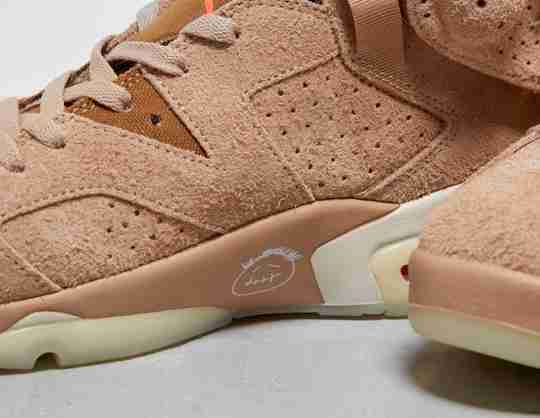 Many of the details for Travis Scott's latest creation mimic the previous release of his Air Jordan 6. The stash pocket added to the ankle gives a militaristic feel. Travis Scott's branding can be found on the inner midsole and on the lace locks. The "British Khaki" color is applied to the entire upper with the rubberized tongue and heel pull tabs contrast with a semi-translucent white finish. The most interesting detail, however, is the rough suede used for the upper, which is a stark contrast from the smooth nubuck that normally lands on the Air Jordan 6.

These official photos come from Bandon1am and the release date is being reported by some as April 29th, while others are saying April 30th. Either way, be ready if you're hoping to grab these for retail. 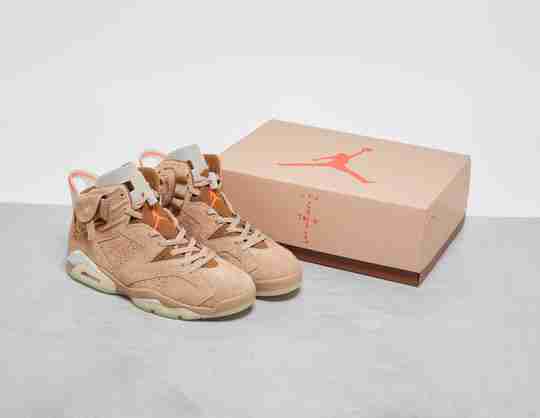 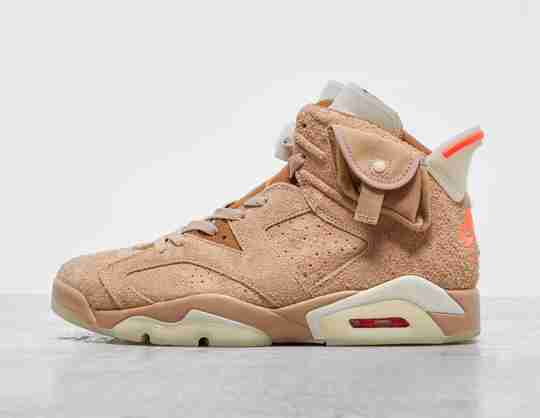