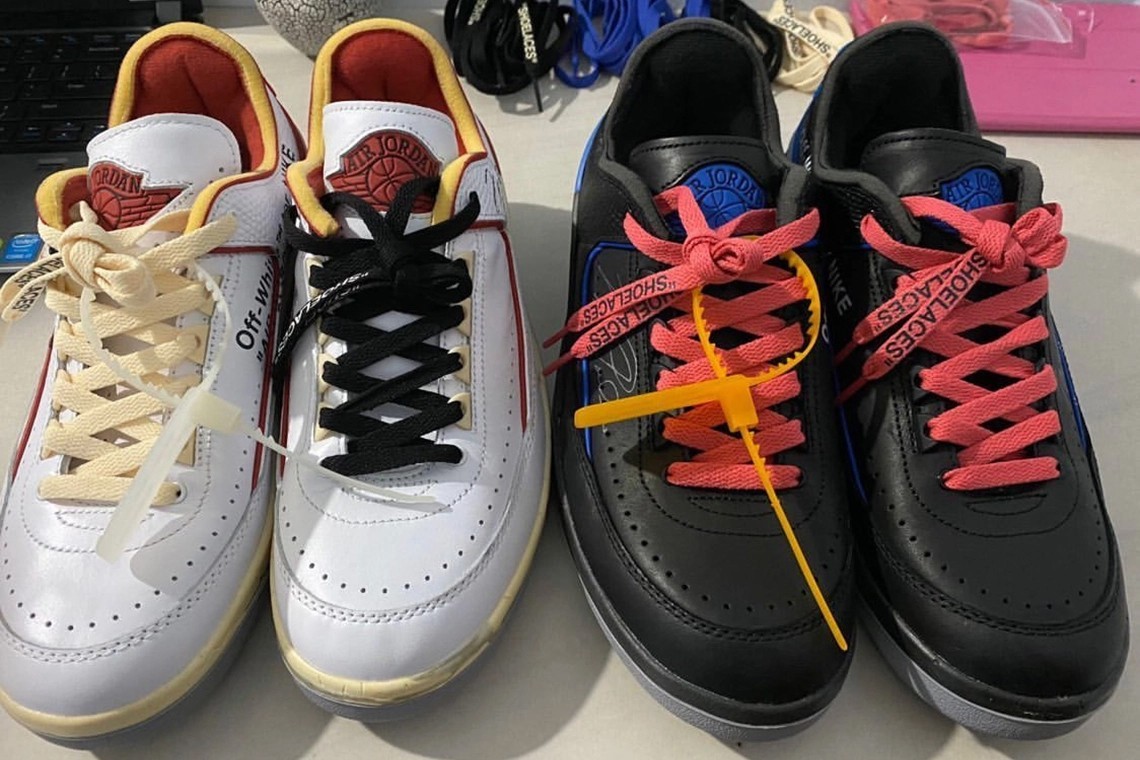 If it ain't broke, don't fix it. That saying seems to be the plan moving forward for Virgil Abloh and Nike, and rightfully so. The partnership has already resulted in countless sold-out sneaker collabs from Jordan Brand and Nike. Why stop now?

Virgil Abloh's Off-White has basically been carrying the weight of all things Swoosh on its shoulders for the past few years. Sure, we've seen a handful of Travis Scott collabs during that time but the upcoming 50 Dunk releases are a sign of how valuable Virgil's partnership is for Nike. Travis Scott's sneaker releases bring a ton of energy for the brand but the target audience seems much smaller than Virgil's, especially if you were to ignore the consumers who buy Cactus Jacks to resell. This isn't about comparing the two collaborators, it's about the Air Jordan 2. 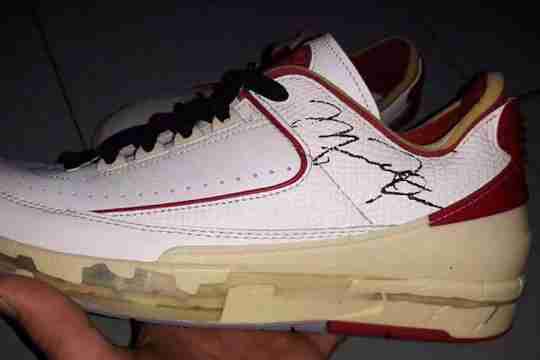 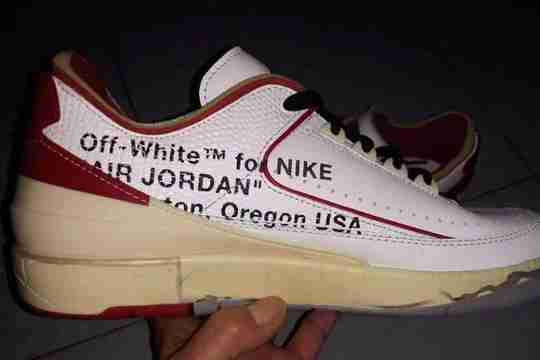 Virgil's next challenge is breathing life into the iconic sneaker that Michael Jordan wore back in 1986-1987. The Air Jordan 2 was the first Jordan without a Swoosh on the side. It was the only Air Jordan made in Italy. It only released in two colorways and was designed by Bruce Kilgore, who designed the famous Nike Air Force 1. It was also the first Air Jordan shoe to retail for $100, and combined with the "Made In Italy" construction, the perception of the Air Jordan 2 was Nike's first dip-of-the-toe into the "luxury" side of the footwear world.

Yet, somehow, the AJ2 has been a long-forgotten, underappreciated, and frequently hated-on, Air Jordan model. For as long as can be remembered, Nike and Jordan have relentlessly tied designer Tinker Hatfield to all things Air Jordan. Harfield designed much of the line, but the marketing and storytelling would make it seem like he's the only designer to work on the Jordan brand. With the popularity of the Air Jordan 1 at astronomical highs, and Tinker attached to everything since the Elephant Print on the AJ3, the Air Jordan 2 continues to be the least-loved when it comes to retro releases. 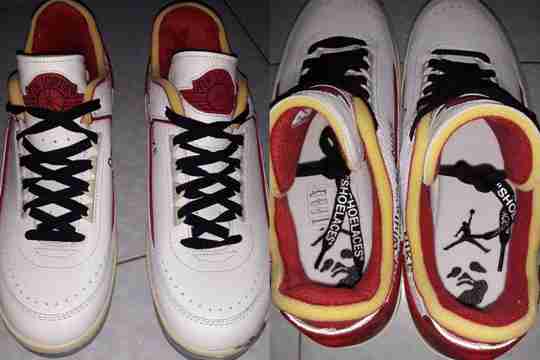 First, the aforementioned popularity of the AJ2, or lack thereof, will create a new challenge to the status quo of production numbers. Secondly, the pre-aged design and crumbling midsole elements are not going to appeal to everyone. Last but not least, whether it seems like it or not, at some point, Virgil Abloh's Off-White collabs will not be the must-have releases they once were. Testing the limits of consumer spending is never as gauranteed as it may seem. Even with as many sold-out collabs as Virgil has already created, the further away from traditional popularity that the designs go, the bigger the risk of hitting the limit and sending the pendulum the opposite direction.

Will the Air Jordan 2s be the end of the Virgil's succes? Not likely. Will the release (especially when combined with the 50 Dunks) test just how far you can take consumers? Absolutely, and that's exactly what makes the Off-White x Air Jordan 2s more than interesting.

Look for the Off-White x Air Jordan 2 to receive an official release date soon and kick off the return of the Air Jordan 2 model for its 35th anniversary later this year. 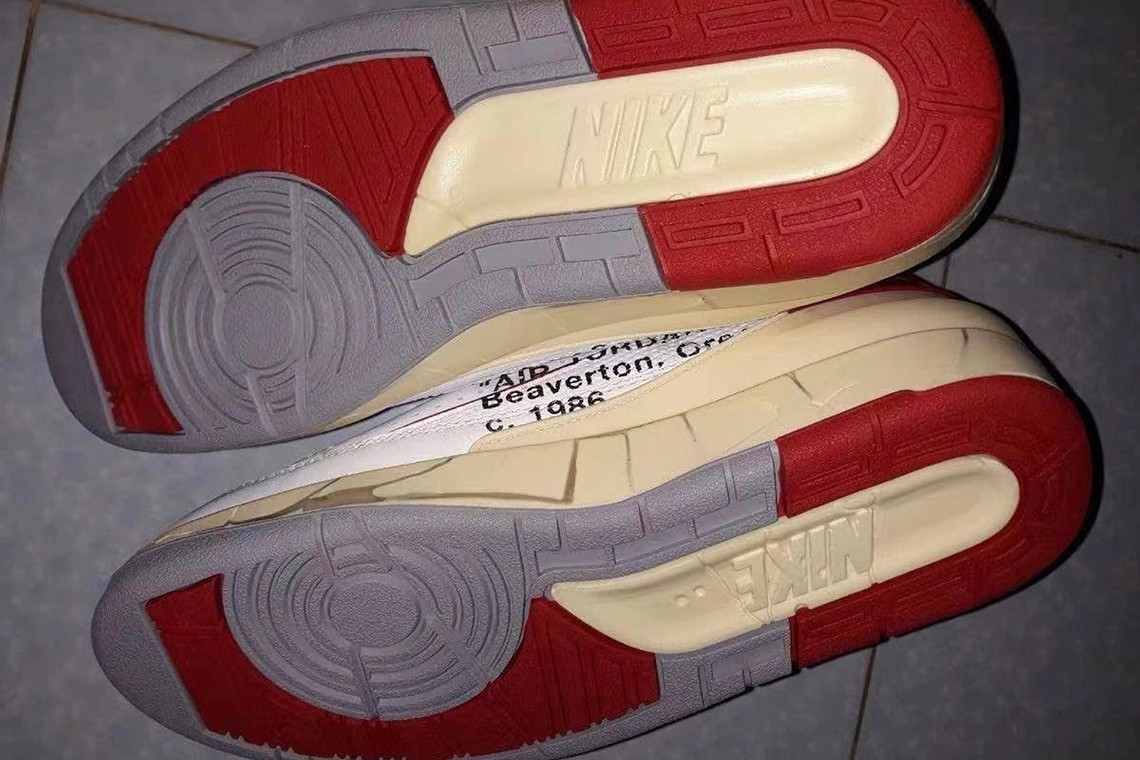