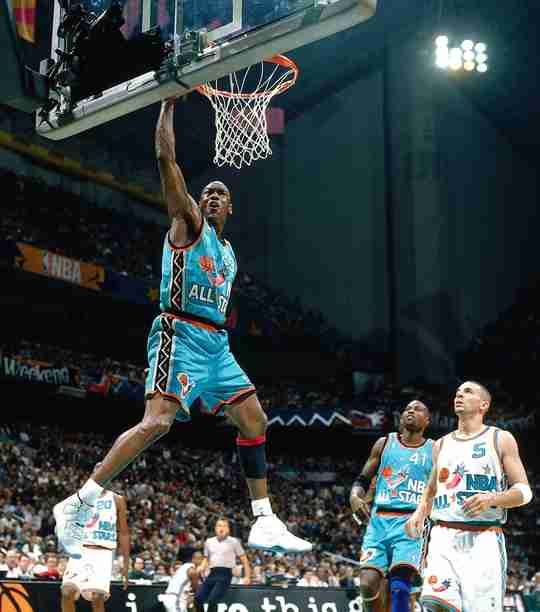 Back in the early 1990s, Michael Jordan and the Chicago Bulls stood alone at the top of the sneaker game. Between MJ's Air Jordans and Scottie Pippen wearing iconic shoes like the Air Maestro, Air Flight Lite, and Huarache Basketball, it didn't even matter that players like Steve Kerr rocked the Air Go LWP, or BJ Armstrong wore the Air Jordan 9 while MJ took up baseball. The standard had been set that Chicago Bulls colorways were the shoes to have, regardless of brand or silhouette, everyone wanted to be like Mike, even his teammates.

Then, when MJ returned to the NBA, the Bulls added Dennis Rodman and Toni Kukoc. Nike stepped up the designs with shoes like the Air Up, Air Way, Air More Uptempo, and the Zoom Flight series. Signature shoes for Scottie Pippen and Dennis Rodman made the red and black colors even more sought-after by the millions of kids watching "The Last Dance" Chicago Bulls.

That said, nothing will ever compare to how impactful seeing Michael Jordan wear the Air Jordan 11 was.

One reason the AJ11 stands out historically is that MJ wore them early. He wasn't supposed to but on May 7th, 1995, Michael got his hands on a pair of the Concords and laced them up in a game against the Orlando Magic. The shoes wouldn't release for another 6-9 months depending on where you lived. Remember, there was no Internet sales back then. You didn't have much to go on other than clips recorded on VHS tapes from ESPN highlights. Yet, somehow anyone who was into sneakers became obsessed with the Air Jordan 11.

Nowadays, we see every shoe that releases nearly a year in advance because of social media accounts (or maybe Nike and Jordan just figured out the formula back in 1995 and we're being played). This year one of those "early look" shoes is none other than a retro version of the Air Jordan 11.

The Legend Blue AJ11 might not carry the same name as the original Columbias that Jordan wore in the 1996 NBA All-Star Game, but the spirit and aesthetic still carries clout. 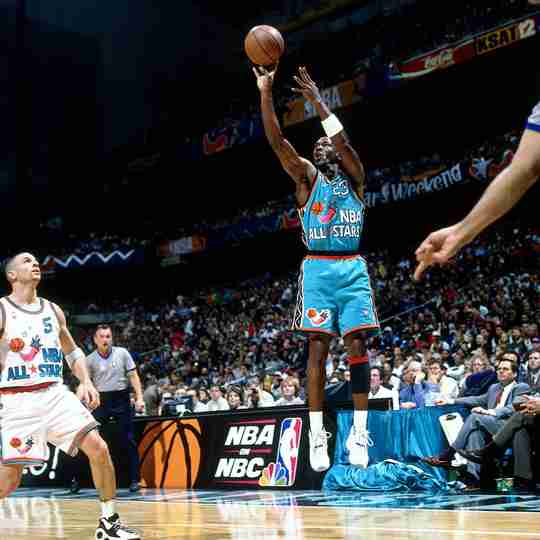 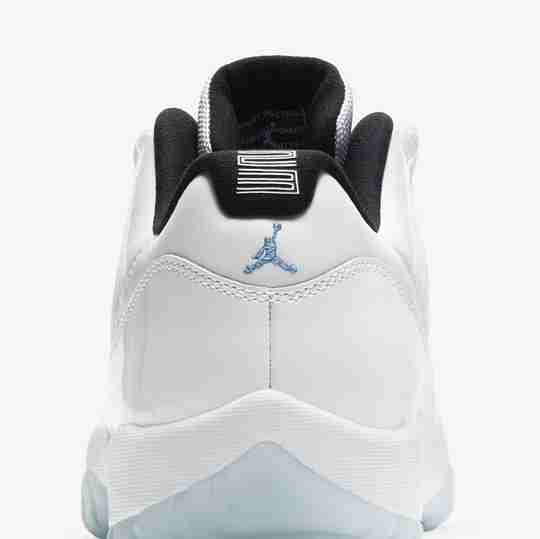 The forgotten part of the Air Jordan 11 "Columbia" is that it was one of the most prominent time's we got to see Michael Jordan in a colorway that was not based on Chicago Bulls uniforms or traditional red, white, and blue, All-Star Game jerseys. Although the Aqua 8s were on MJ's feet for the 1993 All-Star Game, nearly twice as many people attended the 1996 NBA All-Star Game. So, you can imagine the number of fans watching on TV were significantly higher as well. Regardless, Michael Jordan and the all-white patent leather Air Jordan 11 with the icy blue outsole grabbed the attention of any sneakerhead watching. Of course, it didn't hurt that MJ was named MVP.

25 years later, with the end of the pandemic in sight and summer right around the corner, you can bet that the Air Jordan 11 in the new "Legend Blue" Low variation will be a must-have for anyone that remembers watching MJ at the Alamodome back in 1996. 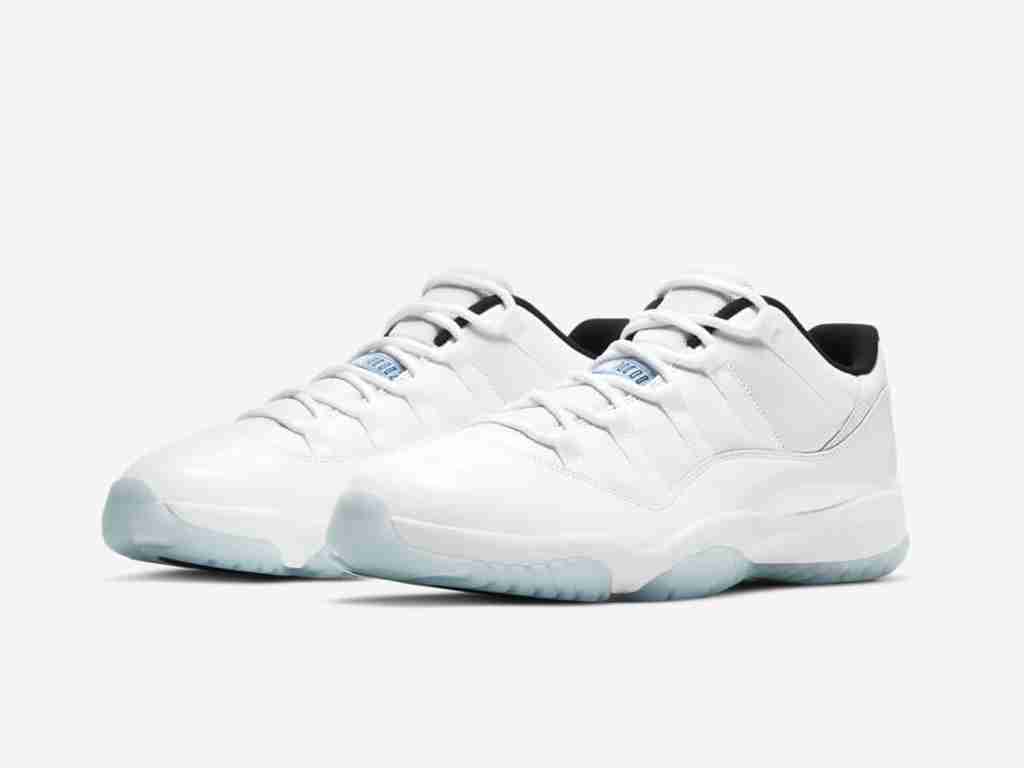 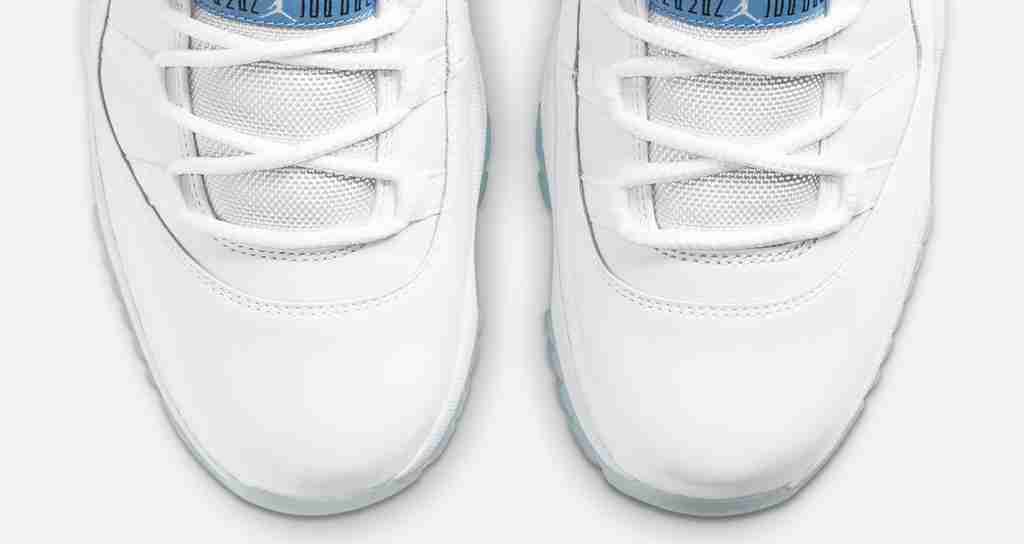 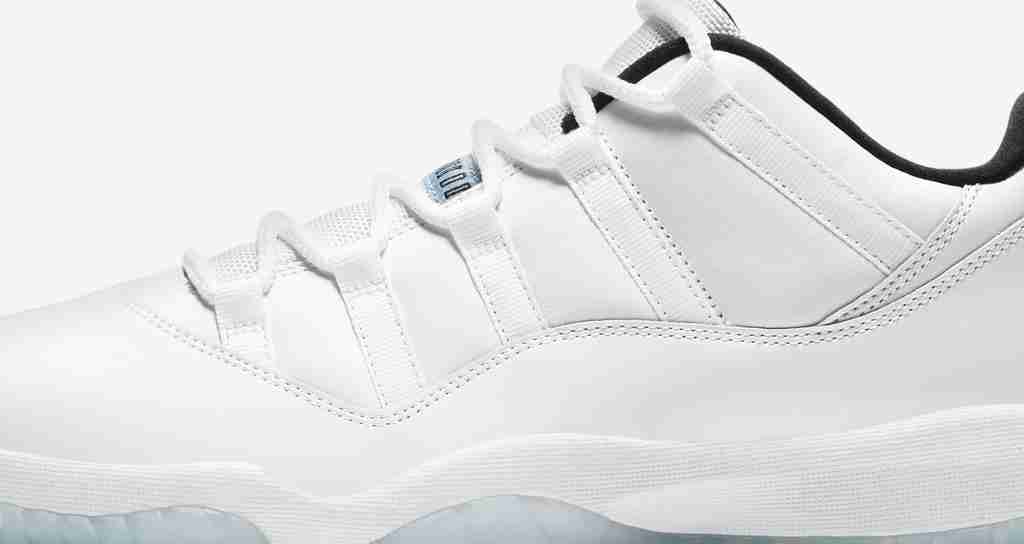