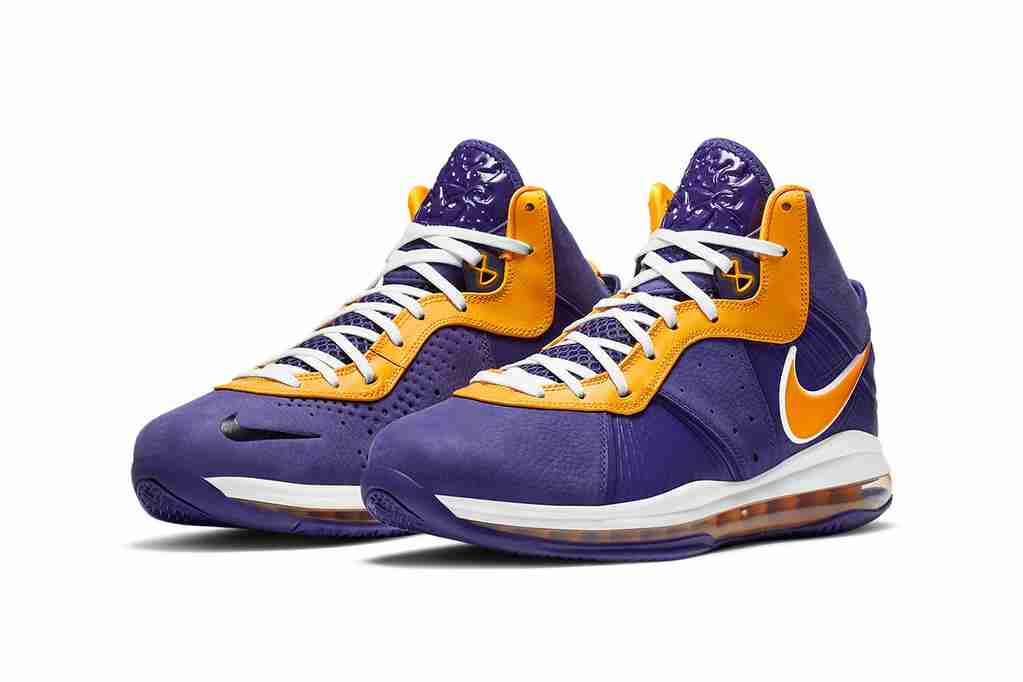 As LeBron James continues to add to his never-ending list of accomplishments, his sneaker legacy continues to grow thanks to the return of one his best signature models ever. The Nike LeBron 8 "Lakers" colorway brings the familiar purple and gold to LeBron's eighth signature model.

The LeBron 8 originally released about 10 years ago now. Although there are dozens of great colorways of the model, most sneakerheads will remember the "South Beach" colorway being the most talked about. As LeBron took his talents to South Beach to play for the Miami Heat and earned his first NBA title, his footwear legacy was kicked into overdrive with countless colorways for every model. Over the past decade, the appeal for collectors and fans alike has only gained momentum with LeBron's new home in LA providing the iconic colors Lakers as a regular addition to the repertoire of player exclusives LeBron wears.

Now with King James recently signing a 2-year deal to keep him in Los Angeles for a bit longer, we can expect the Lakers-themed colorways to continue. As for the Lakers-inspired LeBron 8, it is rumored to drop before the end of the year but no official release date has been announced by Nike. Will you be adding the Nike LeBron 8 "Lakers" to your Sneaker Throne? 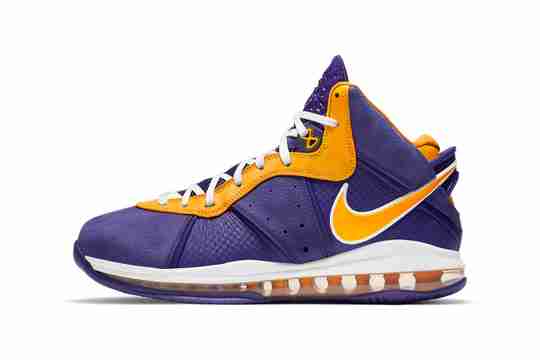 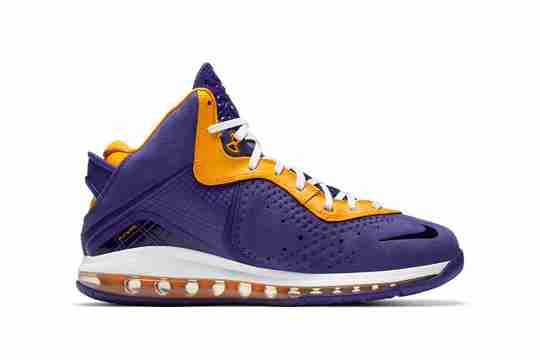 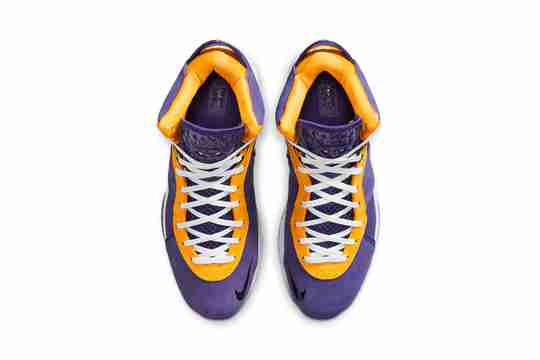 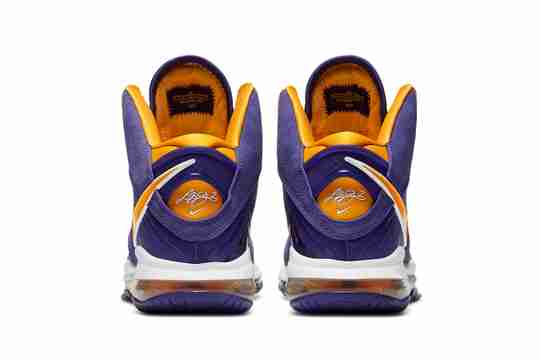