The Air Jordan 36 Looks Dope, But It Shouldn't Even Exist 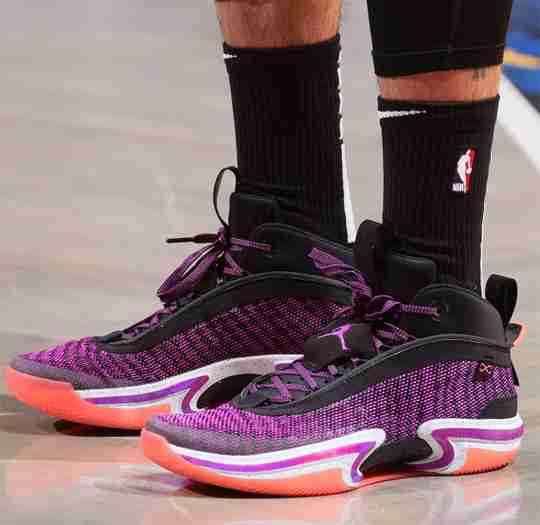 When an athlete who has a signature sneaker line retires from the sport that made them famous, footwear companies are put in a tough position. A player's fame, and subsequently, influence will inevitably fall off without the highlights, interviews, and social media buzz that is such a big part of professional sports these days. That means brands will be challenged to sell as many shoes for the athlete. While some athletes might be able to lifestyle shoes or retro products (LeBron, Iverson, Penny, Jordan, etc.) beyond their playing days, the reality is, not a single athlete in history has been able to sell performance sneakers after they step away from the game. The one possible exception is actually Kobe Bryant. The effort Kobe put in to making his retro products perform better with the "Protro" treatment, was truly a gamechanger. That said, the fact that Nike was willing to let go of the Kobe partnership, says a lot about the reality of selling sneakers in retirement. 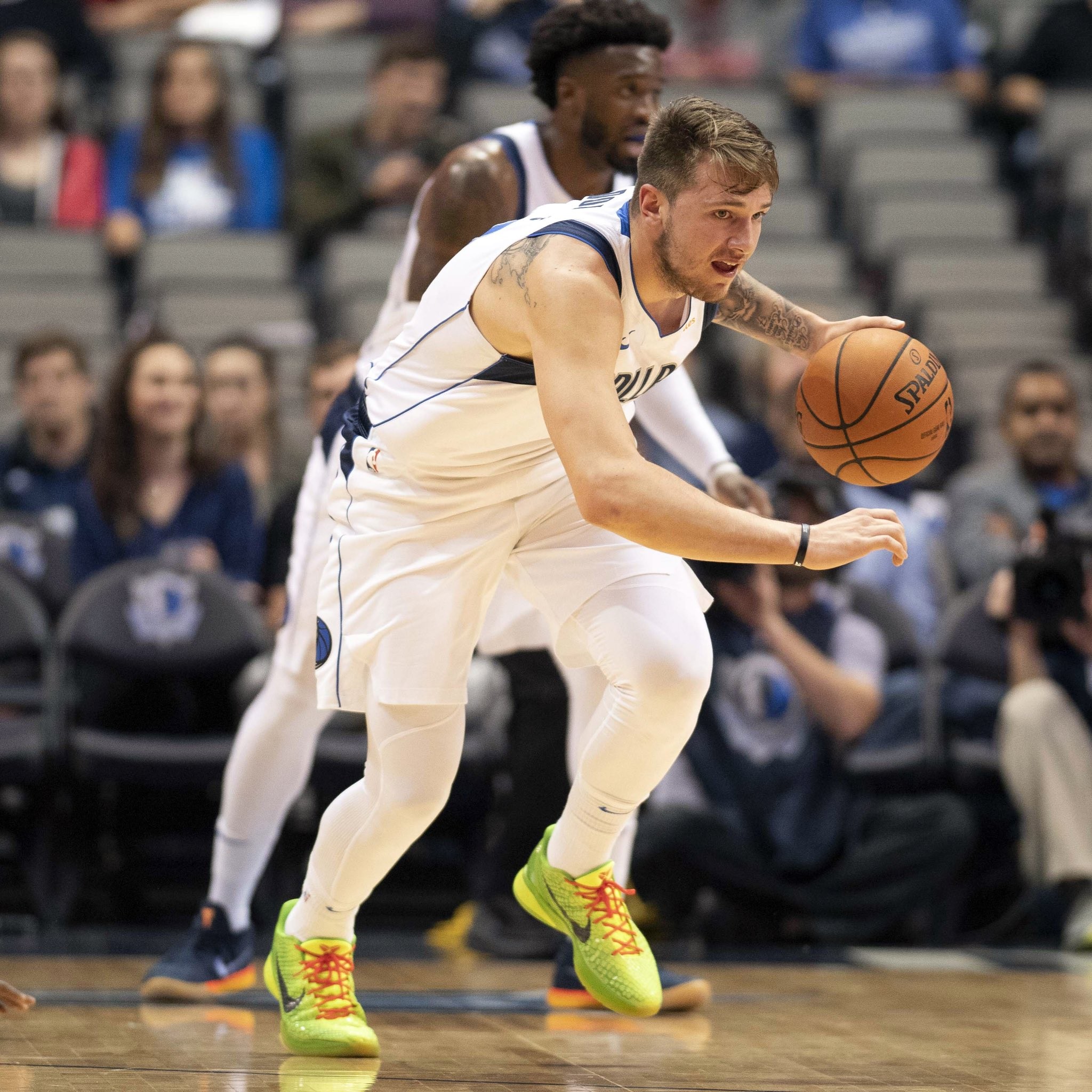 While I, like most sneakerheads, loves seeing retro product like the "Grinch" Kobe 6 being worn on the court, it's creating a predicament for the future of signture athletes. Current day athletes wearing an older player's sneakers doesn't allow the next generation to have something specifically attached to their favorite players. For instance, a player like Luka Doncic has been wearing Kobes for years. It's great that Luka gets to wear the shoes that his hero wore before him. It also means that the young hoopers watching Luka today, are going to be thinking about wearing retros (or protros) like Luka when they grow up. If Luka has his own shoe, the next generation would get to be excited about Luka's shoe. That means the technology in the shoes actually has a chance to develop, evolve, and each generation of hoopers and sneakerheads is buying into the future of the technology with every new pick up.

Now that Luka Doncic is signed with Jordan Brand, he joins players like Jayson Tatum, Zion Williamson, and Russell Westbrook as the future of the Jumpman. This group, among others, is collectively the face of Jordan Brand and the players that will ultimately wear the signature Air Jordan model. Jayson Tatum has already worn the Air Jordan 36 colorway that you see here, and the rest will surely lace up a pair in the coming months. That would be all good, except these players either already have their own signature shoes, Russ with his Why Not line, and Zion with the Zion 1, or deserve their own signature shoe (Tatum and Doncic). With countless sneakers releasing every week, it's impossible for fans to keep up, and if these players are responsible for carrying their own signature sneaker line, and the signature Air Jordan model, how will the next generation remember their favorite player's sneaker legacy? 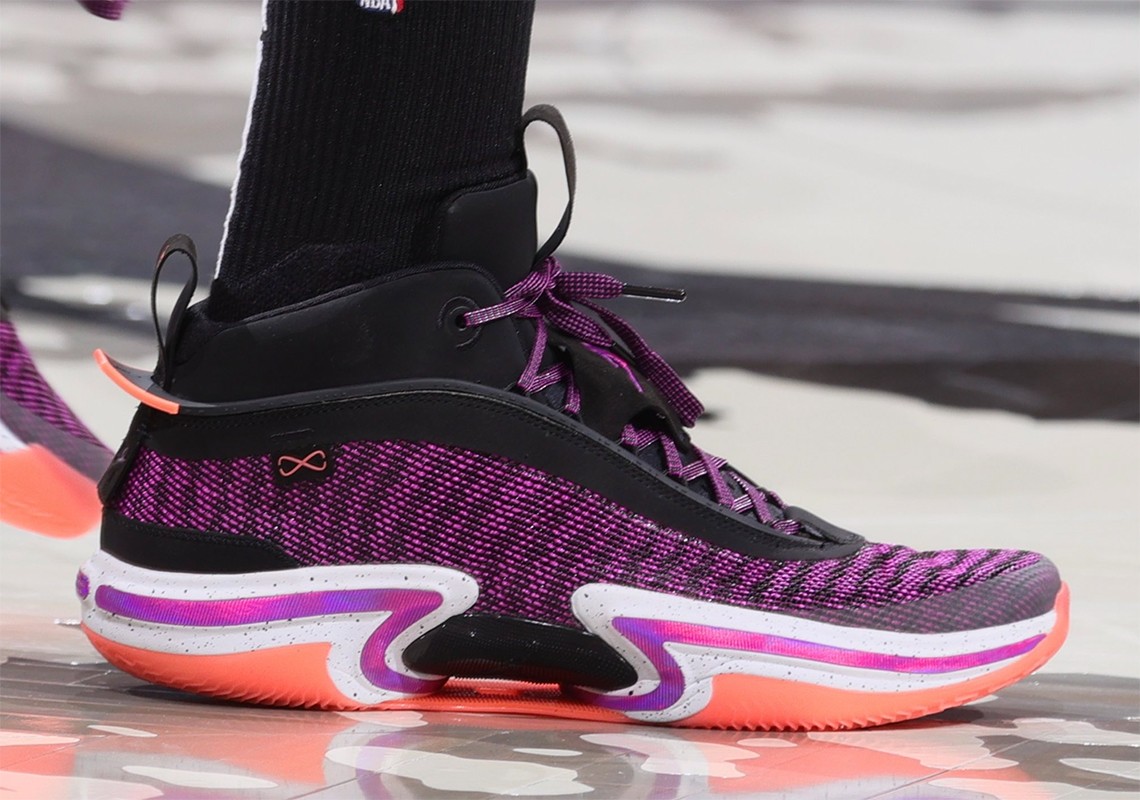 Thinking back to the Air Jordan 20 or the Air Jordan 23, it seemed like a good ending point for the signature Air Jordan line. There have been a few great Air Jordan signature models since, but more often than not, they've been overshadowed by insurmountable amounts of other sneaker releases and even more colorways that remain exclusive to the pros. While I think the Jordan signature models have been excellent over the past handful of years, I'd rather see the time and energy that goes into development, invested in the Jordan Brand athletes. For example, if Zion's legacy begins with all the resources, technology, and marketing dollars of the AJ36, his entire sneaker line will be leaps and bounds better as his career goes on. The same could be said for Luka Doncic, Jayson Tatum, and Russell Westbrook. Air Jordan 35s are on sale in a number of colorways and yet, a new Luka colorway just recently released. While we won't see the actual release of the Air Jordan 36 for a while, it seems the interest from sneakerheads is short-lived with signature Air Jordan models and I wonder if the line can keep up without an athlete wearing the shoe 100% of the time. Imagine if Michael Jordan only played in his signature shoe part of the time. Or even crazier, imagine what sneakers would look like today if Michael Jordan continued to wear Dr. J's Converse instead of taking a chance with Nike creating his Air Jordans. Then again, maybe we shouldn't.