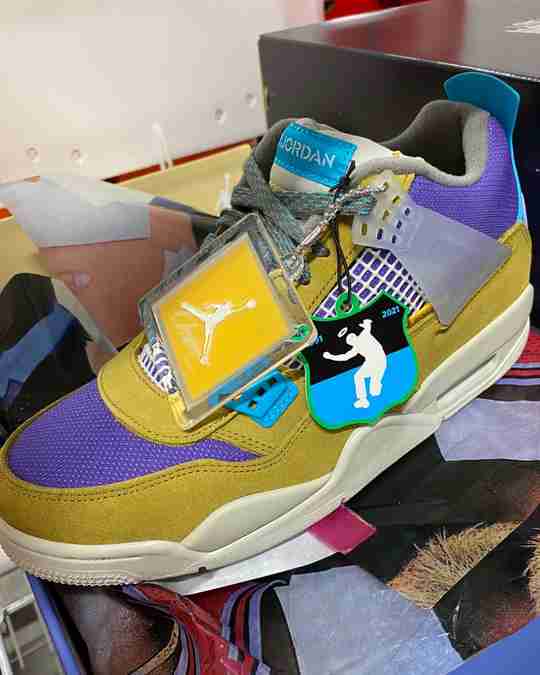 The Union x Air Jordan 4 collaborations that released in the summer of 2020 was not initially well-received. The folded down tongue, without any explanation at least, had many sneakerheads wondering how Union could miss the mark so badly. The transparent "wings" on the ankle also added to the questionability. Then, when the story was finally told, and Union officially announced the release of their Air Jordan 4 and accompanying Union x Jordan apparel, the collab became the next must-have release.

For 2021, Jordan Brand and Union are back again with two new colorways of the Air Jordan 4 and today, thanks to Sole Collector, we have our first look at the "Desert Moss" colorway.

The Desert Moss upper has been hit with Turquoise Blue and Dark Iris accent colors to give this Air Jordan 4 a completely unique colorway. As we've seen on previous Union collabs, this Air Jordan 4 will come with the co-branded hangtag featuring the Jumpman and Union's script logo that pays tribute to the iconic "Flight" logo from the late 1980s. Since this release is a part of the 30th anniversary celebration for Union, a second hangtag using the "dancing man" Union logo features the years 1991 and 2021. The stitched in tongue and clear "wings" are back on this colorway, making its ties to the previous releases more obvious. Hits of pink make their way onto the Nike Air logo on the heel and the Nike Swoosh on the outsole.

An exact release date has yet to be announced but these are rumored to be a summer release and will set you back $225 if you can cop them for retail. 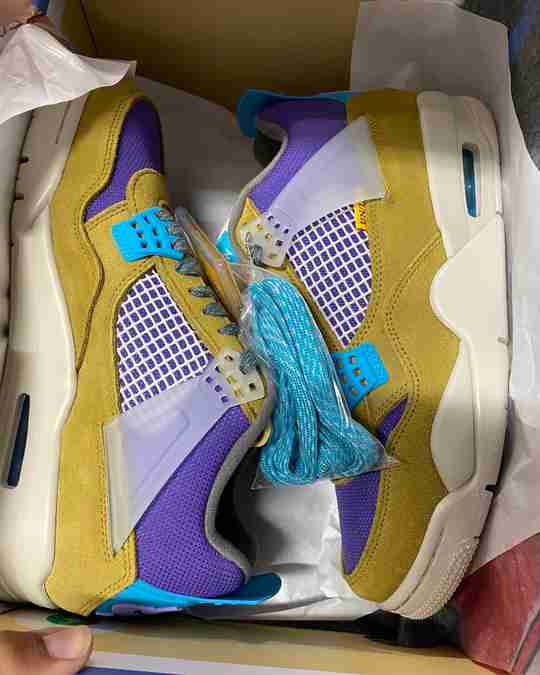 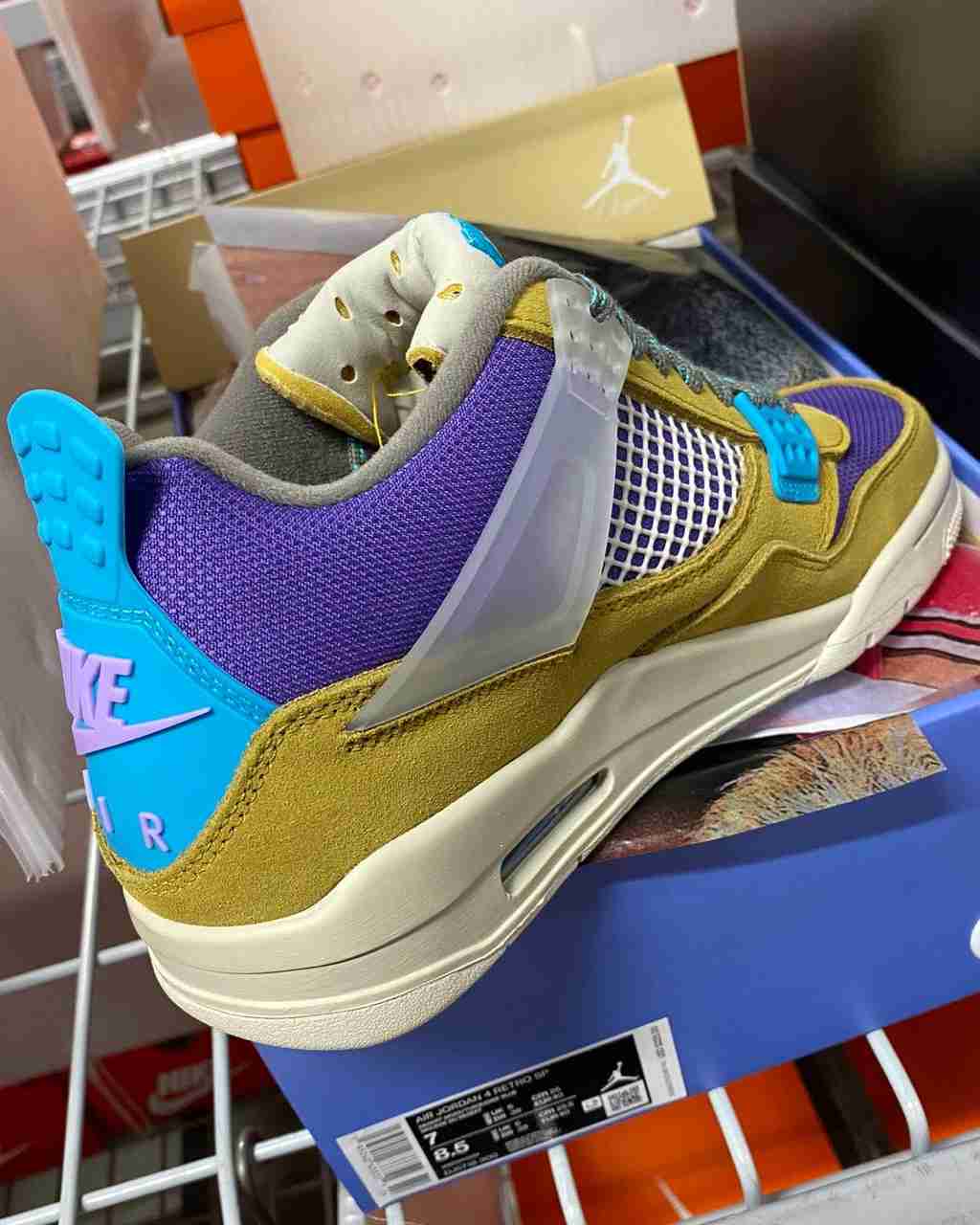 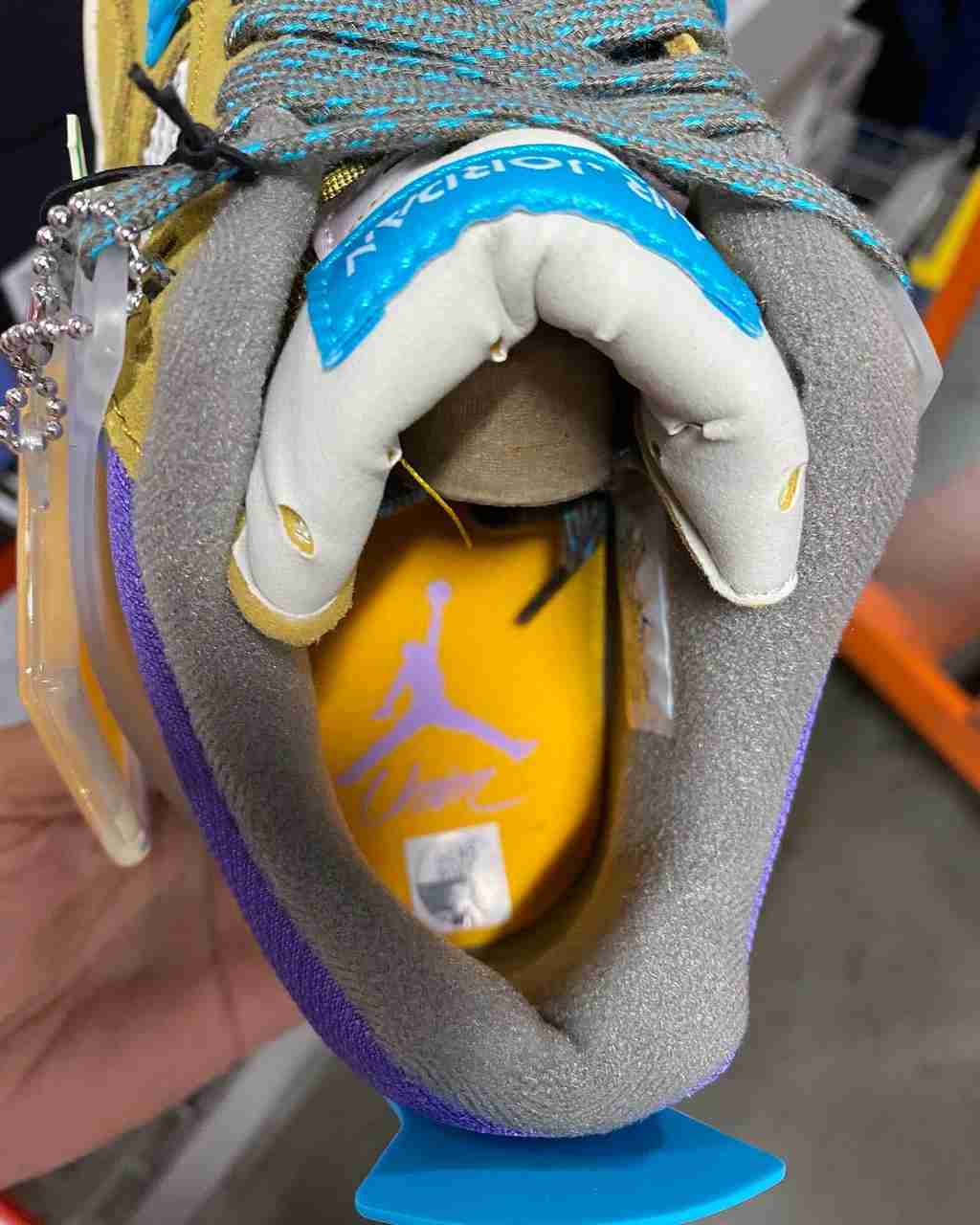 CHECK OUT SOME OF OUR POPULAR POSTS